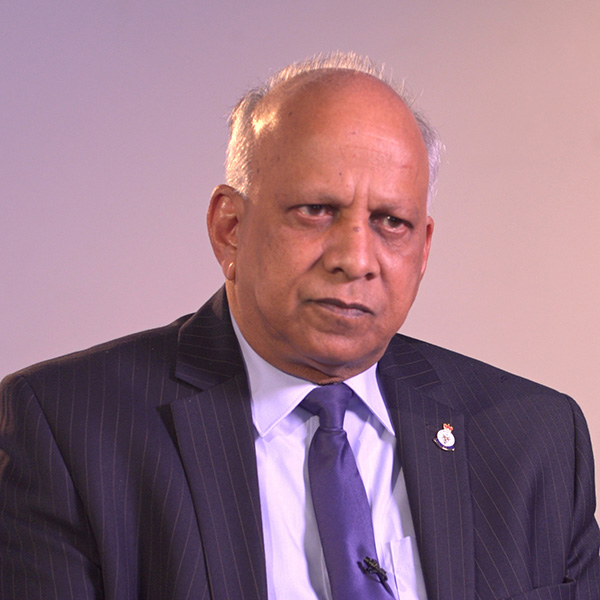 John Raghoobar, now Mayor of Dolgellau, volunteered as a young man to assist the army in restoring basic services at Tonfanau. He discusses the conditions of the camp and seeing the arrival of the Ugandan Asian refugees. He also remembers the fun they had as volunteers, being mistaken for a refugee himself, the discrimination they faced as well as the welcome they received. He also reflects, from his own perspective and Caribbean Indian heritage, how he feels links can be drawn across people from Commonwealth countries, in terms of a mentality of working hard and helping people. Other topics discussed include: the Windrush scandal.

How he got involved with the Tonfanau camp

0:42 At the time it all started, I recall being in the army. I left the army in 1972, the Second Royal Tank Regiment. My enlistment period ended in July 1972, but it [the Ugandan Asian expulsion] was on the news all the time we were there, in the army, so I was aware that it was happening but I was not involved with it – just stumbled into it really. When I came out of the army I came to Abergynolwyn, the little village just in the valley down there. I was told by somebody, that there was work available immediately in Tonfanau camp and I was employed as a driver for the Department of Environment which was just formed. I was paid by the environment agency. After a day’s work, when the people came, we did volunteer.

1:29 Basically when I started it was a case of driving the men around the camp, [repairing] equipment and whatever. I was issued with a long wheel based Land Rover, and we were going up the mountain and finding stuff like the water source, which was turned off for years and making sure it was working. They were also employing stokers – to come along and stoke the boilers that were there – and most of the time was just, we were chasing around trying to find bits and pieces for these things that hadn’t worked for years. It was quite an experience!

2:00 It was in a bad state. Yeah. There was damp everywhere… It hadn’t been used, nobody was there. It had just been run down really. There were a lot of people – WRVS, Red Cross, and people like this. They were all very helpful. Everybody was giving it their best shot making sure that these people was comfortable. It wasn’t the nicest place. It wasn’t paradise [laughs]. It was howling wind most of the time! It was downright anti-social really there. The climate that was, it was awful. I wouldn’t like to have been one of them, you know, not knowing what’s happening to you.

Ugandan Asians arriving at the camp

2:41 I remember, it was quite a sad sight. People coming off trains, improperly dressed. Nobody was like -, it wasn’t like actually going to a fashion show, you know [laughs]. People were… they were heartbroken. You know. They were miserable. And-, they didn’t know what was going to happen to them. But a lot of them were happy to be safe, because they didn’t know in Uganda what was going to happen next, I mean, if you look at the old newsreel and things  – whether they was gonna be shot or attacked. They were secure here and they had hope because people were helping them and they knew sooner or later, they would go somewhere, but whether that somewhere would be better or worse was… to be in the future.

3:25 I come from the Caribbean. My-, you know, I am an Indian, same as those people are. We were sent there as indentured labourers – similar to as they were sent to Africa. So you can imagine. We have always been a race that goes – wherever we go, we try to make our community better, you know. Hence the reason why I’m a Councillor. If you, if you can’t, if you move into the community, you’ve got to make it better – try – at least try. You know, and if you can’t and you want to moan about that community then you leave. Find one that you like. Erm. It’s aways been – its inbred in us – you know, from the Caribbean and these Commonwealth countries, to-to- to help people! You know, and that’s what we do. There was people I met there, who really changed attitudes. There was a girl called Frances Ablett. I think her father had a- an estate agent here, in Tywyn. She helped an awful lot and you know, she was really good with people. No matter who you were, she made you feel at ease and, and, I spent a lot of time with her –  and I learnt a lot from her.

Fun times at the camp

4:32 We had lot of fun here. There was a house between at the top of Tonfanau, an old mansion house, that the volunteers was using to live in. And, we had an awful lot of parties there in 1972. It was great! We had lot of fun as well, you know. Yes, the volunteers, everybody was great. The people of Tywyn was extremely wonderful. It’s just a pity that a lot of people don’t know what their parents has done to these people, for these people, hopefully this [project] will tell the story.

5:08 My background is, I was born in, on the island of Trinidad and Tobago, in 1950. Uhm, my father had seven sons. I’m the seventh one. And, I had a brother who was living in London and he wanted one of the brothers to come over and join him and I was thirteen at that time, I was selected to go – whether I was naughty or whether I was quite clever – I’ll never know. When I got to London, in October 1963, it was snowing, I had a black suit and white shoes, I will never forget that [?]. I moved in with my brother and sister-in-law. I was pretty good at school. Then I left in 1965, I left school and I left the house… I lived in London with friends in various places. I started having my adventures – it was the “Summer of Love” and all that – in 1967. And, I had a lovely time in London and in 1969 I joined the army. I don’t know why, I was walking by the army recruitment office and it seemed like a good thing at the time. I joined the army for three years and that was it.

6:26 In my travels with the army, we came to North Wales to climb Cader Idris – I’m not a mountaineer, but you know, I just came for a ride. Then I met somebody and of course I got married. That’s finished, but I’ve got a son and a daughter. My daughter is working in care, she is 46, my son is a couple of years younger. He’s got a taxi firm in Barmouth and I have got seven wonderful wonderful grandchildren.

6:53 I had a Caribbean passport. In the army I had an army ID card, which meant I could go anywhere. OK?  I could go anywhere [laughs]. But, now, I was stuck with a passport for the island of Trinidad and Tobago, where if you want to go somewhere, you had to go get a visa. OK, I was born British. Of course, I am now one of the Windrush generation, you know. And it was only till 2018 that I was able to go to the Home Office, in Liverpool, and say to the lady, you know [indecipherable] … I made the phone call and I got there and I saw my own people, from the Caribbean who had been here, joined the army, they had kids, they contributed. You know, OK we are not all perfect, we have all made mistakes. And the way they were being treated, that sort of affected me a bit. But it doesn’t stop you from, it doesn’t make you hate anybody, it just makes you realise, you go, you give your bit, but when the time comes. Us, locals here, we don’t get that sort of help that we are entitled to. I am not talking about benefits. I am talking about our rights which were taken from us.

8:08 Bear in mind, I am a person of colour. When I came here, I never had any of that [racism]. But when all these people came along, suddenly there were rumblings in Tywyn, of you know, ‘People will come and take our houses’, and things like that. People weren’t sure and of course around that time, there was the National Front and, you know, nonsense like that going on so everybody felt a bit threatened, you know. But – after a while they came round. They all felt sorry for these people and lot of them tried to help.

8:38 A lot of them saw me – when they came off – they saw this guy driving around in this long wheel-based Land Rover, the day after the trains got here. And said, ‘Well, how the hell did he get the job?’ You know, they were sort of me thinking, ‘How did you get the job? How did you do that?’ A lot of people in the shops and that, because I lived in Abergynolwyn and I had just come with the army, a lot of people in Tywyn actually they mistook me for one of them. You know, that’s life isn’t it [laughs]. It was very funny. And of course, I milked it a lot. There was one person who was overcharging the Asians quite a lot, he made a habit of it. I went in there one day with them and of course he was doing it and I came out with a Cockney accent: ‘You want to watch what you’re doing, mate.’ Since then it stopped [laughs], as far as I knew it stopped, yeah! I won’t call his name, it would be-, er but it happened. But the major-, but everybody in Tywyn was wonderful people, wonderful people. Yeah. That’s why I am still in the area.