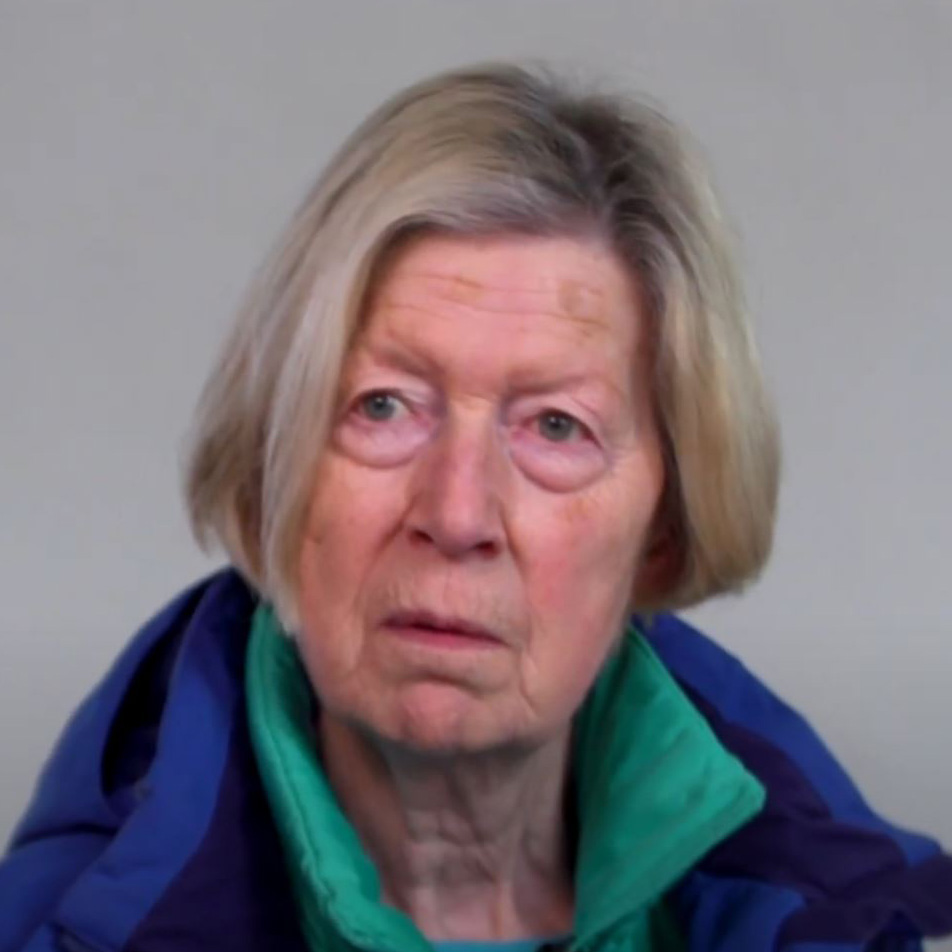 Penny Bayman recalls her experiences volunteering as part of the Women’s Royal Voluntary Service (WRVS) at Stradishall camp. She speaks about learning through ‘trial and error’, allocating houses and resources. She remembers learning ‘how bad it was’ after meeting and hearing the stories of the British Ugandan Asians in the camps and learning that they were very hardworking.

Duties as a WRVS volunteer

0:42 To begin with, I had to join the WRVS [the Women’s Royal Voluntary Service], the local branch and then uhm, it was a matter of whatever time the planes came in, and they came to the camp, the Asians, whether it was in the daytime or two in the morning, I just got a phone call and had to go up there and allocate the beds for any families or individuals into Stradishall and the houses. A phone call would come at any time, in the day or night, but it seemed to be at about two o’ clock in the morning. So, up you would get, and get in the car and drive to Stradishall, where you would see so many coming on the coach, on the coaches and you would then have to just – somebody would give you a list of where the beds were available or which houses, and you would just have to – actually it was trial and error, just allocate a family, as to how many there were – half a dozen or just four, into suitable houses that were available up there. And, then, you know, later on when they’d all come and you’d reach capacity, then you had to, we had the voucher system for food and-, milk and things like that.

1:55 The families had houses and then, single people had, I don’t know, I suppose more dormitory type of allocation in the barracks – whatever they had up there in the time in the seventies. And then we had a sort of voucher system, for milk or food or something like that.

Thoughts on the Ugandan Asians

2:17 Most of them were quite cheerful under the circumstances, but I think some of them, you know, if they had families here, who ran shops or something, they would all, you know, go there as quickly as they could to join other families or relations… But they just stayed there until they were allocated, I suppose, another house somewhere else in the country. But families were important, obviously to them. And, you know, quite a few did have relations.

2:50 It seemed to be lot of voluntary effort – mostly WRVS seemed to do an awful lot of running, or local organisations.

I think you’ve just got to help as much as you can and see where they can go.

3:03 I think I learnt they were very hard working. They’d obviously had very good businesses and they’d come over to this country with absolutely nothing but a plastic bag full of clothes maybe.

A lot of them, maybe were quite wealthy, and you know, trying to get any of their belongings out, they came with absolute nothing, just a plastic bag full of very basic belongings. I think probably most of it was taken when they were in Uganda before they boarded the plane.

3:31 It wasn’t until you actually met and heard some their stories that you realise how bad it really was. Obviously it was sad to leave where they had been because they had thriving businesses most of them. But if you had a family here, it did help, and then obviously they made, you know, what they could of life and got on and worked, hard.

3:51 They must’ve, you know, I presume, they’ve all done very well – the majority of them. Well I think near the end, before they all got dis-, you know, before it was disbanded and closed down, they did cook us a very good curry [laughs]. All the volunteers were invited. So all the women got round in their house and invited us. And, we had a really good curry, yes.