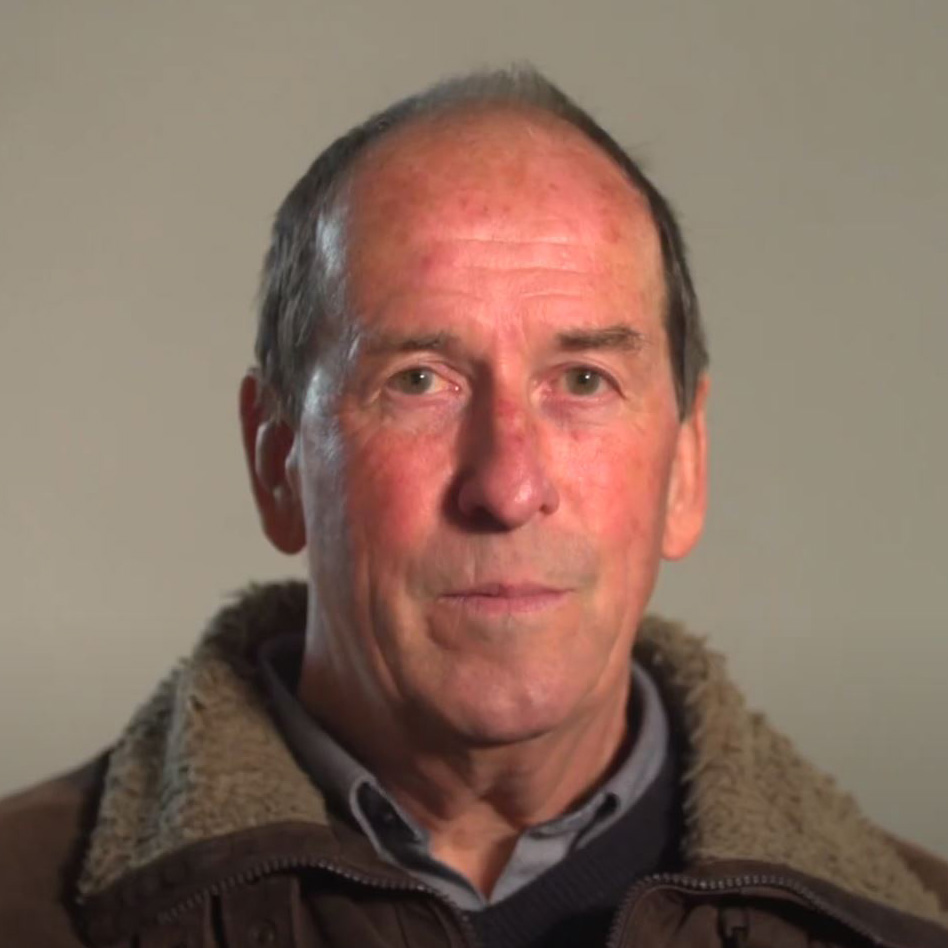 Alan Cordy is a local resident in Suffolk and remembers the impact that the Ugandan Asians at Stradishall made on the local area. He recalls being a ‘young lad’, and so never having seen so many people, and brightly coloured clothes, until the Ugandan Asians arrival. He was struck by how lost they looked. He reflects on history repeating itself, and the importance of remembering.

Arrival of Ugandan Asians in Stradishall

0:43 I was just a young lad of seventeen, lived in the next village over at Chedburgh. And erm my experiences were obviously, you think, well seventeen years of age, years ago, this was a huge event. That all of a sudden, there we were, you know, all this whole nation of Uganda, practically, gonna land at our doorstep. Erm which obviously watched it on the news, everyone saw on the news what was going on. So you know, basically, people were concerned, because there was going to be so much of an influx of different people, and more concerned about how they were going to be, you know, after been thrown out of the country.

1:20 Erm, and sort of for me, the images that I found, was that I came, like I say I was a young lad seventeen years of age, just past my test. I going to Haverhill and approaching the old base and there in front of me, completely, there’s people everywhere. Never seen so many people. Not used to, you know, ethnic minority and everything. And, you know, I had to slow down because they were there, and it was the brightly coloured clothing that people, that drawed my attention was the other thing.

Driving past the camp

1:56 I was slowly having to drive past the camp, because people all over the road obviously not used to being  over here and, it was more of a sad site really to see so many people being displaced and put here. And the one thing that stuck in my mind as I drove through was, there used to be public phone box outside the base, which is no longer there, and there was this huge queue of people. You know, to see so many people all queued up at the phone box – and sort of questioned and asked later on, you know, why was everyone there obviously, and apparently the phone box had malfunctioned. And the line was open. So the other people on base had heard, and they’d all come out to try and phone home, to contact relatives or phone people in the UK and that was the main thing that er, stayed with me, seeing all these people here thinking, that’s their only way of being able to contact home. And that was basically the images I saw at the time when I came through up here.

3:01 And you know having used to a RAF base, suddenly it was home to so many displaced people. You know, I obviously felt, mostly felt sorry for all these people who literally -literally been thrown out that day, grabbed what they could get, and evicted from their homes and sent here. You know, living in a village, like we are around here, you don’t expect to see that. You know, we just live in our own little society, we’re all quite happy and suddenly to have these all people, that have got nothing, and had to try and you know sort themselves out, find their relatives and get into work and obviously eventually settle down in the country. As far as I know, I think, the community pulled together. I think things were done, but you know I can’t, apart from like I say fundraising and clothing and things like that, it was that big impression of driving past the base and just seeing so many displaced people, out there, lost – they looked lost. They were lost, weren’t they, at the end of the day? And, yeah that does, it’s stayed with me anyhow, and I know it has for probably a lot of other people as well. It’s something you hope you never see again but as we all know the world is moving on and things are happening again.

Once the situation resolved and everybody was obviously being moved away from the camp to homes or relatives and friends. I suppose it was, because all of a sudden, the villages in the area is the centre of attention and then its gone! And then within obviously a month or so, it’s as if nothing happened. You know the houses are still there, the base is still there, but everybody is gone, everybody has moved on again, and time just progresses back to normality again. If you call things normal today. And you know you then just get on with life and move on, and you know it was there, you remember it, it’s come and it’s gone so very quickly.

I think people hopefully understand more when they see all that’s happening now, can relate back to history. History is now repeating itself once again. It’s going on again. And, we should all bear that in mind and always be there to help others that need help. It’s going on now, and it was then, people did help. And that was nice to see.

5:27 It’s good, I think, it’s ironic that it’s happening, it’s something out of the time is now happening with Ukraine, were now remembering what happened fifty years ago. And it is good. We should never forget, never should do, and I am a great believer that history is history, but remember history. Don’t forget the past, it will always come back. And you know, something will happen again.

You know, I am heavily involved with the Royal British Legion. We remember a lot of things and it is the same sort of thing. So you just don’t forget.