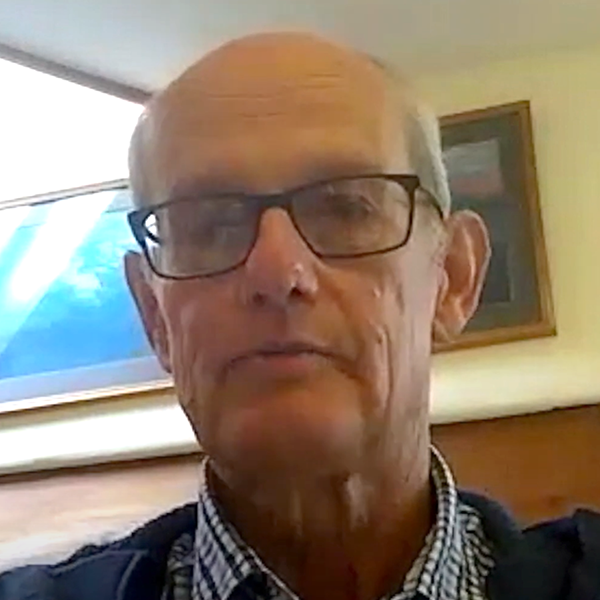 Brian Watson talks about his time working as a Voluntary Services Overseas (VSO) teacher in Uganda, observing the changes of the Amin regime, then having to leave and helping friends to try and take some possessions with them. He then became a teacher at Tonfanau Camp and made friends at the camp. He remained friends with some families, visiting them after the camps and attending weddings. Emphasises how the children he knew went on to become ‘very good citizens’ working for the NHS. He also reflects on how his experience shaped his future teaching career and made him appreciate the problems still faced by refugees and asylum seekers such as those from Afghanistan and Ukraine.

0:46  Whilst in Uganda, I was working as a Voluntary Services Overseas teacher in a small state school in Kibale which is down in the Kigezi district in South West Uganda. VSO were getting a little bit worried about what President Amin was doing in the summer of ‘72 and by the October or late September, they decided it was unsafe for any volunteers to remain in the country. So that was when I was told I needed to get out.

1:24  Within a few days of being back here, I got in touch with the Uganda Resettlement Board and said, ‘I’ve just come back from Uganda myself. Can I be of any use?’ And they jumped at the chance and sent me to Tonfanau camp in Wales, to end up as a teacher in the school within the camp. Kibale was quite a small town and there were, I suppose, forty or fifty ex-pat workers there, mostly in schools – some in the Catholic Church and so on – and we mixed quite freely with both Africans and Ugandan Asians. Most of the Ugandan Asians in Kibale had businesses, and everything seemed to be working fine in terms of the relationship between the communities there. It wasn’t really until the summer, early August, that this trouble with President Amin wanting to take his economy back, that we were really aware, or I was aware of any problems.

2:36  I was in the company of Amin almost on a couple of occasions when he came to Kibale for various reasons. One I could remember is the opening of the tarmac road which linked Mbarara to Kibale and along with lots of other people from Kibale, we were around when he came to the town after the opening and at the opening itself. That was quite interesting.

But, another thing that I’ve just remembered is that I was once up at the White Horse Inn in Kibale ,which was the main hotel within the town, and I was taking some pictures, I can’t remember exactly what of, but I had a gun drawn on me and this army officer insisted that I expose the roll of film because he might have been on it. I wasn’t taking pictures of him, he might have been just in the background, but there was-, that was a bit of an unfortunate episode, and that was towards the end of my stay there.

Another funny thing was, we were once stopped in a roadblock, myself, a contract teacher and another volunteer from Canada, and they insisted on looking at the car’s boot. Only it was a VW, and so he insisted he wanted to look in the boot at the back. So you could imagine what he saw when we opened it: the engine [laughs].

But you know, it was an interesting time to be in that country. I have one recollection about the school. The school when I got there had a very good headmaster called Deason Alecho who was from Northwest Uganda. And he was actually moved, I believe, by President Amin to go and take up the headship of a school up in that area because I believe there had been some movement of the actual boundary of the two countries between Uganda and Sudan up in that area. And unfortunately he had to leave with his family at very short notice and move up there. He was an excellent headteacher, was very welcoming to me as a volunteer and you know, I’m sure he would have been a good friend had he stayed in Uganda, staye in Kibale a bit longer.

I suppose it was a strange experience. He was the first Head of State I’d ever really come close to, but it was at a time when everything seemed to be going reasonably well. It wasn’t at the end of the time, when he was taking over the Ugandan Asian businesses and so on. So everything seemed to be going well, at the times when I saw him. I think, I think Ugandan Asians were reasonably happy with the government for the first year or two of his reign, but then things went rapidly downhill at the end.

6:11  I knew quite a lot of the Asians and some of them came to this country. Some of them went to Canada. But it was quite a stressful time for them, in preparing to wind up their businesses, to try and sell some of their property, to try and get out some of their property and capital. You know, because it meant leaving everything behind for them so it was a very difficult and very sad time for them. And having landed here and got home, it seemed, you know, I was unemployed. I wanted to be of some use. So I got in touch with the Uganda Resettlement Board because I knew these camps were being set up and I said, ‘Can I be of any assistance?’ Can I help?’ And that was when they offered me the work in Tonfanau.

I was paid in Tonfanau as a supply teacher I think, or something like that, by the local authority and there was a headteacher within the camp by the time I got there. They were setting up the school with desks and chairs and things they managed to get from the local community, and they were starting to cater for the young children that were in the camp. Of course, my my expertise was with the secondary schools and I taught Maths and Physics and a bit of other science whilst in Uganda, and that was basically what I was involved in trying to teach to these pupils, especially the year 11s, who were taking –  who were going to be taking – their Cambridge Overseas Exams in the December. In fact, we managed to get it arranged with Cambridge that they would be able to take those exams within the camp, which I think was quite a coup for us to do.

8:20  I became quite friendly with one of two families that were in the camp, I would go and eat with them occasionally, they would come up to where we were staying, some of the younger children. I can remember us catering for some of them up in the house where we were.

I can remember one time when, I think it was HTV, the Welsh TV programme, came and did an interview. Within the camp, there seemed to be two chains of command. I believe there was an army officer there who was in charge of sort of physical things within the camp and would see that the buildings were running in the camp and so on and so forth. And then there was a civilian, who I think was called John Beaumont, who was looking after the resettlement side of the camp and worked for the Ugandan Resettlement Board. I can remember him coming to be interviewed by HTV, and some of the children were interested in watching and seeing what was going on because a lot of them probably hadn’t seen a lot of TV before. Certainly, there wasn’t lot of TV down in Kigezi where I was.

I think one photo with two of the CSV volunteers er who were called Rosie and Sam, talking to one of the students that I got to know really well, which was someone called Nazbat. His family later moved up to Darwen in Lancashire, is it? And another family that I got quite close to moved to Stoke Newington in London, which I knew very well because I used to go through Stoke Newington every day on my journey from home to secondary school. So erm, you know, I managed to go and see them, both of those families outside of the camp once they left and once I finished work with them.

10:29  I think I stayed in the camp erm probably to something like the mid February, because obviously by that time children were moving out with families to resettle and, the school was basically being wound up I think within the camp. After that, it gave me a desire to carry on teaching and working with children, erm so until I went out to Uganda as a volunteer teacher. I hadn’t any experience of working with students in a school as such. But that confirmed that I wanted to do that, which was what I then went on to do, having qualified as a teacher. And again, my first teaching job was quite an interesting one, in that I taught in what was called an approved school, where I became a teacher-housemaster. So I was doing some teaching and some housemaster duties in a school where pupils mostly from London were sent because they were on the wrong side of the law, basically. And that was quite an eye-opening situation. I stayed there for about a year and then I worked in an Assessment Centre for a local authority which looked after children coming into care.

12:03  It certainly made me appreciate some of the problems that refugees and asylum seekers and things like that have these days. You know, it makes me very sad when I see the way that asylum seekers and some of the Afghan refugees and people from Ukraine are being dealt with by the government. I had the pleasure of going to two or three Asian weddings in the first couple of years after the camp, one of which was a friend from Kibale who was a shoemaker, and his children have gone on to be very, very valuable citizens of this country. They went into nursing, pharmacy and things like that.

Erm and one anecdote I could tell you is that Johnny was a shoemaker. I had two or three pairs of shoes made by him, and he was cunning. You hear stories of people would try to smuggle things out in with the linings of suitcases, linings in their coats and things like that. Johnny made himself a pair of shoes, which I think had about a £1,000 in each sole, stitched in between the leathers. So, you know, he managed to get that out, and what I managed to do was to bring his wife’s jewellery out, which I carried with me as hand luggage. But some of the other things I tried to bring out for him in my suitcase, which was sent by airfreight, were removed by the time it got to London. But he was very grateful that I brought out the jewellery from the family that was good. He opened up a shoe repair business, what else would he do? In Oxford, his wife went into nursing, and as I said, at least two of his children ended up working for the National Health Service as erm pharmacists and nurses and so on. They were, they were very good citizens.