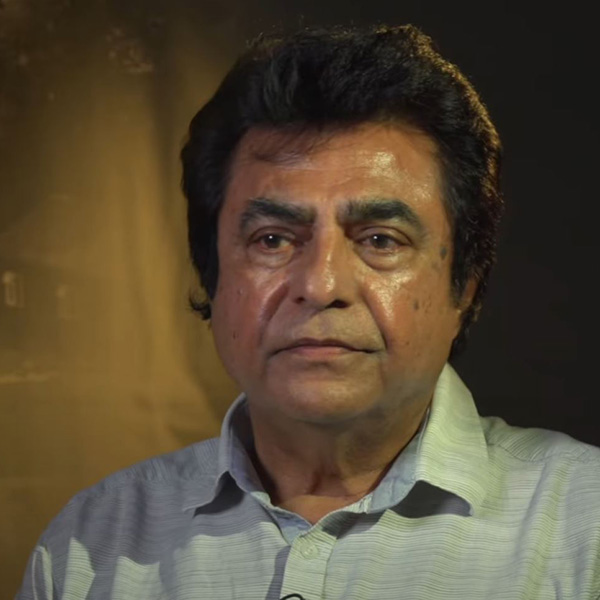 Jay Chande was a camp resident in 1972 and describes his experiences. He, with a group of others, is now trying to set a permanent reminder of the event in Honiton with the help of the local community. Chande describes his memory of the frightening expulsion, the cold weather on arriving in Britain, and life and food at the camp. He recalls how the expulsion changed his life and career path, how he worked his way up in further education and then in the restaurant industry, to a point where he can now give back and provide employment to others. Other topics discussed include: gratitude to volunteers at the camp and the locals of Honiton; long-term friendships formed; food; cars; entrepreneurship.

0:48  When we got told, we thought, ‘It’s just a joke’, and then it very soon was clear that he meant for us to leave and we had to leave. So, here we are, packing our bags. I’m not sure what we’d be allowed to take; and certainly driving to the airport, leaving your car, leaving your pets at home, saying goodbye to your guys who have been helping you work at home and so on. It was frightening, very frightening, because we were told that there would be various stops where you would be asked to show what you are carrying, what you have, what you want to take with you, and each stop was a difficult one because you don’t even know whether you’ll be stopped altogether going; whether they will lock you up. We knew that this is not a good time to carry money and jewellery with you, but we were also told to take some with you in case if they stop and ask for it, it’s best to give it rather than saying you haven’t got it, because if you didn’t then you would get couple of slaps, so you might as well just take something. And, which-, which happened to us – not so much that they troubled us on the road, but certainly at the airport when they opened the suitcases, and saw bits and they said, ‘You can’t take this. You can’t take this, you can’t take that,’ and they took some money and some jewellery and that is what it was for, because we thought it is one of those things to carry, to give it away.

2:24 As I stepped out, it was 7th October ‘72 and it was pretty cold. It was like a blizzard, you know, honestly, it was just sort of rain, cold, wind, the lot. And, I didn’t think I was going to last more than three months. I mean, I didn’t come up with jackets and cardigans and stuff like that, but they very kindly led us to a place where we could get warm clothing and register ourselves. And I always wanted to see the snow. I thought it would be fun but it wasn’t quite the fun I thought it was going to be! [Laughs]

3:06 I was used to back at home to eating various kind of food. A lot of my neighbours were either some sort of embassy from Korea or France or Germany, so the kids used to come and play with us and we used to go to their homes. So when I came to the camp and seeing all the English food or European food, I was quite used to it. But it was difficult for a lot of them, because they were used to curries and spices and that kind of stuff. I was lucky enough to find a job. I asked these guys, ‘Can I do some work or help?’ and they said, ‘Sure, we’ll pay you and you can work in the kitchen.’ So I was put on the breakfast duties, meaning I got to be there at four o’clock, start cutting tomatoes, big boxes of tomatoes, just chopped in trays ready for grilling, preparing sausages and bacon and all that ready for breakfast. And help them prepare ready for some lunch, blanching chips and that kind of stuff. But until somebody from the camp says, ‘We would like to do some Indian food or spicy food’, and I think they were quite kind enough to let them come in and join the team, to prepare some lunch and dinners.

4:32 I wanted to do further education and I wanted to go into some sort of engineering work. So, I-, I love cars and motorbikes which I did want to race and that kind of stuff. So I found myself a place at Tiverton Technical College and did automobile and mechanical machining, whereby I also worked parttime on a day release basis to college, worked for a company called WRNS Spokes and we used to recondition engines, bore cylinder blocks and grind cylinder heads and inserts, and all kind of engineering, which I completed and er did also fulfil my goal of racing bikes and hill climbing and stuff like that, until I had a nasty accident.

5:23 I had always planned to come here for further education, but the idea was to go back, coming from a family who brought me up in farming – tea, coffee, cotton – and hence the engineering, so you go back with some skills to help the business along, and certainly I thought I would probably go back and get involved in something like that. I never knew that my path of life and career would change in a matter of days, getting in the plane, sitting down, you don’t know where you are going to go, you’ve got 50p in your pocket. One day you are being looked after by a team of people at home, parents or families that I was with, great businesses, never had to do any washing and this that and the other, and next thing, I am washing dishes in the restaurant. So it’s not easy. But, you got to take as it comes. And it certainly has been good for me. I learnt a lot from that.

6:28 It taught me how kind the people can be. I met-, I had quite a few local friends I made through there – Rob Waldron is one of them, who not only have I been friends with for all these years but I was his best man at his wedding. I also found myself working at Tiverton in some of the pubs and restaurants and got some experience in catering, apart from what I did at the camp. But certainly, in Honiton, I did have quite a few friends that I made and kept in touch with them, which eventually brought me back to Honiton when I stopped doing Engineering because of the accident. And I started working for the Deer Park Hotel, where I did training for French food.

Giving back to society

7:34  Well, life changed totally. I mean, when I was probably sixteen or eighteen or twenty, you think that your life is going to be in Africa, you would be living a normal life like all the others, but then when I came to UK, you just didn’t know where what the future was going to be for you. Fifty years later we realise that we have been very fortunate. Or we were fortunate then, we knew, to be alive. But as to what sort of career you were going to follow or take, we didn’t know, but as I said to you earlier, I thought I was going to do engineering and I was probably going to stick with that. But life changed with my condition and then I took up catering and I’m glad I did, because my love for food just grew pretty well from then, and the restaurants I owned and hotels thereafter – not only worked in but owned in a partnership with others or on my own. That gave me lot of pleasure and I met a lot of nice people, including some celebrity footballers, golfing, rugby, some film stars and I didn’t think I would be close to those people, but I was lucky enough to serve them and it was great. And, er, I met a lot of people, the business has been good, life has been good, family is good, kids are good, they have studied well. So I feel I have done something quite reasonable, and instead of people helping me all the time, I employ a lot of people and I feel I am paying back in some ways.

9:25 The volunteers has been, very, very helpful. I have been close to quite a few people over the years. Apart from Rob Waldron, there was John Bingham, there was Rob’s dad – all of them has been very, very helpful. And it was nice to get that kind of support because, a lot of people were traumatised when they left Africa, and to have these sort of people around you has been wonderful and hence we have been in touch with them all the time. Yeah. So we really appreciate the help from everybody who helped in the camp in Honiton, a lot of local people were there; without them it could have been tough. And let’s face it, they came up with lot of warm clothing and even invited some of us at their homes for meals. I remember going to a meal to Rob’s house and I had never seen sprouts before [laughs]. And, sprouts was one of the dish, the vegetables served, and I said to these guys, ‘What are you doing with these? We grow these into a big cabbage in Africa. We don’t eat cabbage this tiny.’ [Laughs] And he said, ‘No, no, this thing doesn’t grow any bigger than this,’ and he took me in the garden and showed me the sprouts.

10:57 If I had stayed in Uganda, I’d probably worked with my qualifications in engineering or something, I probably would have went back and worked in the farm and looked after the machinery or do something of that sort. Africa was an easier life because everything was set by family and friends. Here, I had to fight my own battle from the word go, very early, and that’s where all the volunteers and friends around you came very, very, er helpful. I wouldn’t change for anything now. Certainly – security – Africa was good but you just don’t know what could happen to you.