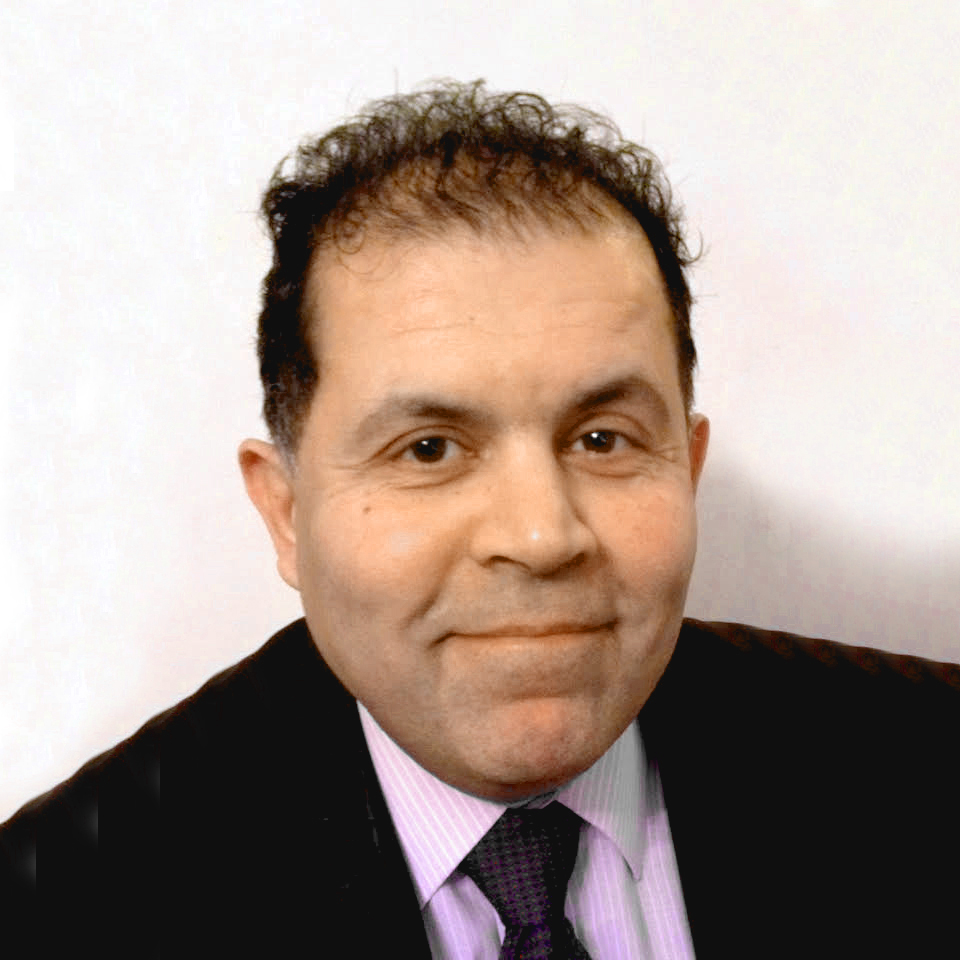 Professor Akbar Vorah, now a medical professional and academic in Manchester, speaks about his memories as a child, being strip-searched at an airport, arriving in Stradishall, the food in Stradishall, and his particular distaste for British water. Then he reflects on “integrating” in Peterborough, the welcome from neighbours, and the British cold. He also reflects on the experiences of death and violence he witnessed, a desire to go back to Uganda. He speculates on how his life may have been different had his family not left Uganda, his upbringing enforcing gratitude, the importance of remembering this experience and helping other people.

0:45 I was one of the people who spent some time at Stradishall after we arrived from Uganda, so erm, we arrived on the 27th of September and spent some time with my family, which included one brother and two sisters – younger sister and the other two were older than me, and my mum and dad. I can’t remember how long we were there, probably only about ten days – two weeks because my father got a job in Peterborough and we moved on from there.

1:22 My parents had to leave all their valuables there, er could take a suitcase and a few other things and all the monies were still in the bank. Er and I can remember my mum saying – basically we were told to leave the door open so that people can go into your house and take whatever they wanted.

1:44 Personally, I just had a little blue marble [laughs] and a magnet, which I still have somewhere and I can’t find it. That er was my prized possessions and I took that in my pocket with me.

1:58 When we were in the airport, we got strip searched and obviously they were looking to see if we did have valuables on us and all I could show was my blue marble [laughs whilst mimicking handing out his possessions] and er, and my magnet.

2:14 We were all given the option of becoming Ugandan citizens or leaving. Obviously we were already British subjects, so we had British passports. So we weren’t, my parents weren’t going to change and er saw it as an opportunity rather than a problem, you know.

2:25 Two or three things I can remember – one was getting off the plane and I was still in shorts and my knees were knocking [laughs] as I got off the plane, thinking ‘Wow this is cold’ and then being really pleased to get a coat like this [gestures pulling on coat], from the, where they were giving clothes away. There were piles and piles of clothes in probably in, er probably in the main administrative building. And, and, being able to find one that was really warm and putting it on, so that was terrific. Er, er-

Food in the camp

3:07 I can remember – I loved the boiled eggs that they were doing and eggs in general. I can’t remember the other food really. I, I am not sure I found it, it doesn’t stick in my mind  as being horrible, but then you could I suppose live on eggs, eggs and bread and toast and whatever, anyway, couldn’t you I think.

Yeah, so you know my standard food at home would have been, home – by that I mean er in Uganda, would have been cornflakes and milk for breakfast anyway, and so. The water was terrible. It was just awful. The food was OK. And obviously once you moved out and went to your own house, you ate what your mum made and she was a terrific cook.

4:00 In the camp, interestingly, we were there such a short time that my memories are – I can’t ever remember going to a class. So I’m not even sure when the classes started, but I can’t recall going to a class being taught by anyone. So I didn’t go to school in the camp.

4.28 My lasting memory, and even, I’ve seen a letter from my grandfather, of Eng-, of British water [laughs], is how awful and chemical it is.

From the camp to Peterborough

4:42 We just had a coach to take us from Stradishall to Peterborough. And er, you know, we were shown around by a really nice lady, all the furniture etc. Next door neighbour, were a retired couple, their son was er probably a police inspector or something. They showed my mum, and my par- well my parents really, how to light a fire [laughs], because we’d never seen coal, er or lit a fire to warm yourself up. Showed us where the coal bunker was and how to order coal and things. So the neighbours were fantastic. I think, the support we got to to integrate, the support from people our own age and the neighbours was terrific.

5:38 I can’t remember – one side was the couple who was always always really helpful and kept on coming round and just helping us adapt to it. On the other side – we were in a terraced house, other side I can’t remember and then the next house was an Italian family. Tony was my best friend and again he was another one who basically helped us integrate. It’s interesting, you know, thinking about things – and my wife remembers herself as well, she is English. You know, we used to have icicles in there, inside of the windows in the morning because it was cold, but the heating was, you know, we didn’t have central heating, which was the norm. And er, and er, you just had the little fire that you had to light, with the coal and clean it up and know how to clear it all up. [nodding to self] So that was my life in Peterborough.

6:38 I am Professor of Anaesthesia and Intensive Care at Manchester Royal Infirmary, probably about to retire soon and I’ve been lucky in that if I go backwards, I think – I have been lucky to have a really great career, twenty-nine years as a consultant, involved in a lot of teaching and education and invited to go to many, many countries to teach.

7:07 My sister lives in India. She, she had a first child in Peterborough and then she moved. Unfortunately he developed diarrhoea and vomiting and died, less than a year old. I have seen fair bit of death interestingly. So, I don’t know if, you know, in Uganda it wasn’t unusual to go and watch someone being killed – maybe it was just me. But I have seen someone stoned to death, watched someone being stoned to death, someone being hacked to death with a hoe [gestures the striking of the hoe], a policeman standing over someone with all this blood splattered everywhere [gestures blood splattering from chest], with gunshots in his chest and he sort of standing over him like a trophy, and someone else who tried to jump across from one balcony to another and fell down and was down on the floor with blood splattered. So I’ve seen death and destruction. I’m not sure how it has affected me.

8:08 I was talking to my brother. I said, ‘What do you think about what’s happened?’ And he said, ‘All I say is, I’m really grateful to everyone who helped us, and, and, and, so I don’t expect anyone to help me. Therefore I’m really grateful that people have, because you have no obligation to do anything for anyone else. If you want to, that’s really great. But I shouldn’t expect you to do something for me.’ And so we’ve been brought up with a feeling that you should actually do some good for other people.

8:51 I did want to go back to Uganda. I talked to a few other doctors there in Uganda and had arrangements to teach in Kampala and in Jinja, where our hospital has some links with  developing intensive care and obstetrics and other areas of medicine; and so I was kind of in the process of organising all the paperwork to go there in 2020, maybe 2021 at the latest, and obviously that’s all fallen through and I haven’t managed to do anything to resurrect that which would be – I’d love to go and do that. I think that would be one of my things to try and do.

Importance of marking the 50th Anniversary

9:41 I think this project of marking fifty years is important for – it’s as much for the people who helped us that arrived as it is for other future generations. You know history is important. You know, reflecting on how small acts of kindness which are in your gift, can make a big difference to other people’s lives and they can then generate benefits to even more people, you know. I’d like to think I’ve taught so many doctors and nurses and other operating department people in this country as well as abroad, and if I had not had the opportunity or support to come here, if my family hadn’t been given a furnished house by Peterborough Council to settle down, er I wouldn’t be here and I might not have helped that little kid who was going up and down in my drive. So there are consequences to everything we do – good consequences and you need to remember that, and I think so when it happens in Ukraine is another new example of what’s happening. You realise that if it’s in your gift, helping other people, will be beneficial to so many more people than just that one person.

11:19 Would I have achieved what I did now? I think in hindsight it’s almost impossible to know where would I be now if we had not been thrown out then. I was doing well at school. I was always top in class and it would be a surprise if I wasn’t – by all my classmates and teachers and everyone. I would have gone to a decent school. We would have done O levels because basically school was – the system of schooling in Uganda, [coughs], was the same as  UK. So we did have assembly. We did all stand in assembly before we started. We followed the Cambridge curriculum for education for O levels and A levels. Makerere University was probably the best University in Africa at the time. Also, Uganda was where some of the initial work on lymphoma was carried out and some of the research done on some of these blood cancers was done in Uganda. So, the schooling and education was decent there.

12:59 [heavy sigh] My parents were, my dad was manager of Michelin tyres in Uganda. They did used to have, they also ran a motor parts store as well – my grandad did.  So they would have pushed me into education. I think, coming to the UK gave me more opportunities. I think, I would suggest that I would not be in this position now if I had stayed in Uganda.