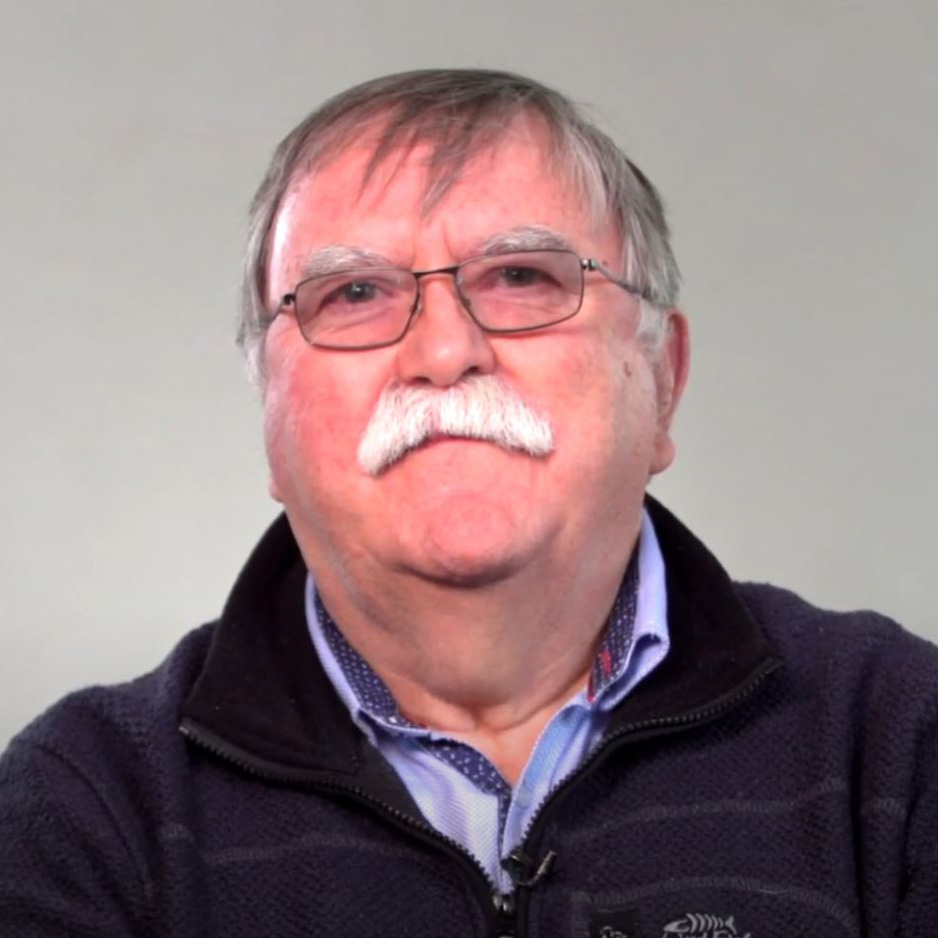 Stephen Poulton talks about his memories of being a police cadet at Stradishall assigned to staff the telephone switchboard. He recalls the ‘culture shock’ of seeing so many non-white people for the first time and their ‘amazing’ colourful clothing. He reflects on how these experiences shaped him and his skillset as a police officer. Other topics discussed include: different ‘shopping culture’s; the importance of local community work; helping those in need; learning from history; the joy of helping and being proud of community work.

Duties as a police cadet at Stradishall Camp

0:44 Myself and a group of other colleagues were deployed to Stradishall to assist the um, with the operations that was going on there. And, our particular role was to look after the, the centre switchboard. We worked after tea. It was generally from six o’clock in the evening through to midnight, and then a few of us would stay awake, you know through the night, just in case there was something, something happened. There used to be vehicles arriving from, from elsewhere with the people on board, in the dead of night. We’d be around to receive them, and also alert people that they needed to come out and show people where to go.

It was mostly families [telephoning] during our sort of working time. The officials used to call during the daytime. And of course, there was a, there was a regular – ladies, who used to work the switchboard during the daytime. So in the evening times, it tended to be private calls, mostly from people who wanted to speak to their relatives or friends or erm people that they’d been contacted by during the course of the day.

Those calls, that I remember receiving by ourselves, were generally for somebody, and they would generally be called back and there, there would always be somebody, erm one of the Ugandan Asians nearby that would be able – either would be expecting that call or would take that call and deal with it on our behalf. We just needed to you know, to supervise and make sure that things went smoothly, and as far as I remember, that’s what happened, we did a fairly good job.

2:27 I had never seen so many non-white people. Living as I did at that time in a quiet rural county, the non-white faces were almost non existent.

The colours, I remember were amazing! You know, made our sort of traditional English garb look a bit dull and dreary. But it was the, it was the total culture difference that I remember most.

3:01 It was good fun from the point of view, er that we were meeting a completely new set of people and it was great fun to sort of learn what – you know, where they’d come from, and what was going on and to er, be of assistance to them. Uhm, the, I wouldn’t say that the night shifts were particularly fun, but at the end of the day, you know I was heading towards a career which would involve night shifts and late shifts and early shifts and so I suppose that was a good grounding for that. But the main thing I think I benefitted from was the different culture that I encountered and that’s a good thing.

3:47 Some of my colleagues weren’t in the police force at that particular time but they’ve told me that they remember, the uhm the Ugandan Asians visiting the shops in Bury St Edmunds for example. One of my colleagues managed one of these shops in Bury St Edmunds and he recalled to me that on one particular day, all of a sudden, there was a group of dark-skinned people suddenly appeared in the shop. He’d never seen, he’d never seen non-white people before and all of a sudden they were in the shop. And he said, they, they were wandering about, because they weren’t used to the fact that in our sort of shopping culture, we go into the shop, we select what we want from the shelves, then we go to the till on the way out and pay for things. These people were going to the stuff on the shelves, and not, not going to the till, because they would think that it was free, because they could see other people wandering around and sort of helping themselves. And, he said, that it was a difficulty trying to convince, you know, trying to educate them, that they had to pay before they left the shop, you know.

4:57 I learnt that it doesn’t matter who, or what, confronts you. If they need help, then if I am able to, then I will give it, and I should give it. And I think that was a good principle for me to take in, take on board, for my future career as a policeman, because I encountered people from all walks of life, in all sorts of chaotic and er problematic situations and it was my job to work out how best I could help them with that. And I think, that’s the one lesson when I look back and I reflect upon my experience with, with Stradishall that I, I, it really embedded that in! Because all of a sudden I was confronted with people I didn’t know, got no – never had any dealings with them before, but the basic principle of that problem was – they needed help. They needed help physically, they needed help mentally, they needed help in whatever way was possible and I was part of, I was part of a group of people delivering that and focussing on that. And the, it, it went from the long lines of sad and lonely and frightened people that used to appear out of the night as it were, from the coaches and so on, into the centre, to people leaving with a lot more happiness, and a lot more sort of joy and enthusiasm in their faces and in their whole, in their whole being. And it was an absolute joy to be part of that sort of process.

7:56 But, overall, I just remember the fact that we were a team, and er, you know, at the end of the day, it was a fantastic unique experience. And I didn’t think in fifty years time, I would be sitting here talking about that particular event.

I feel that I learnt a truly valuable lesson, to treat other people as I would wish to be treated myself. Irrespective of what the circumstances were, if someone was in front of me and needed my assistance then they would get it, in whatever way I could possibly deliver. And, that’s a lesson that I learnt from the past, from my particular time, fifty years ago, that’s when that particular lesson was learnt. My parents had always taught me good principles of living but when I started to experience that in the real world, then the learning really does begin and it begins to bed in. And, to that end, I feel that from my point of view, the- what I do today and what I’ve been doing for the past fifty years, has been influenced by what I did yesterday, and what I learnt yesterday. And that said, it then enables me to and equips me to deal with what I might encounter tomorrow. That’s where I see the benefit of history.

9:34 And I feel really great about the fact that I can look back fifty years, and say I did this, I was involved in this, I played my part.